To influence the progress of humanity in all spheres of life, humanists must take an active role in shaping public opinion and government policy. As a positive worldview, humanism compels the application of certain ethical standards to contemporary issues.  As Paul Kurtz indicated in a 1998 editorial, “It is a mistake for humanists to withdraw entirely from the political arena or to refuse to take a stand, especially when vital social and ethical principles are at stake and if there are political obstacles to cultural reformation.” 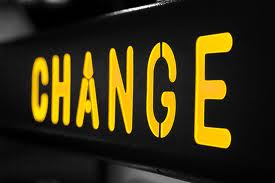 Because of the broad constellation of issues important to humanists, there are few specific issues on which a universally acceptable humanist stance can be articulated. Humanism crosses political boundaries, and humanists may be liberal, moderate, or conservative. Thus, humanism will seldom compel a particular position on issues of great complexity, such as domestic economic policy or the decision to employ military force. While this limitation somewhat constrains the universe of humanist causes, it does not detract from the ability to make clear, unequivocal stands on matters involving one or more of our core principles.

It should also be emphasized that, with the exception of improving public awareness of humanism and protecting the rights of the non-religious, there are few uniquely humanist causes. In fact, many of the stands taken by humanists will garner broad support from the general public, and we will often find ourselves allied with a host of non-humanist advocates seeking rational change on specific issues of common concern.

But, free from the constraints of religious dogma, humanists are uniquely positioned to be effective advocates for secularism, democratic reform, human rights, individual liberty, personal responsibility, and ethics. As a prerequisite to influencing public policy in these areas, though, we must secure a place in the cultural arena and engage our governments and societies in a productive and ongoing dialogue. This can only occur if we break our silence, refuse to accept being relegated to the fringe of society, and demand inclusion in important public debates. Our effort must be ongoing, and in the face of authoritarianism, ignorance, and intolerance, we must be relentless in our support for these principles.

Whether called activism, outreach, advocacy, or education, humanist activism focuses on the development of actions that facilitate 1) advocacy for humanist principles, 2) protection for humanist rights and 3) increased awareness and understanding of humanism by the general public.

In both lessons of this course, we will explore a variety of issues confronting today’s humanist, and how our core principles — our humanist ethics — can be applied to their resolution. We will focus on ways in which humanist ethics can be applied to contemporary problems and on the value of being strong advocates for this philosophy. Students will review documents that constitute the application of humanist thought, as well as informational resources available to assist in the identification of opportunities for humanist activism. If you decide to progress to the next level, there you will have an opportunity to delve into the practical aspects of engaging in the many forms humanist activism can take. 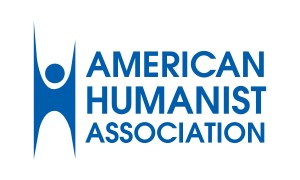 The American Humanist Association has stood as the voice of humanism in the United States for over 70 years.

We strive to bring about a progressive society where being good without gods is an accepted way to live life. We are accomplishing this through our defense of civil liberties and secular governance, by outreach to the growing number of people without traditional religious faith, and through continued refinement and advancement of the humanist worldview.

Humanism encompasses a variety of nontheistic views (atheism, agnosticism, rationalism, naturalism, secularism, and so forth) while adding the important element of a comprehensive worldview and set of ethical values–values that are grounded in the philosophy of the Enlightenment, informed by scientific knowledge, and driven by a desire to meet the needs of people in the here and now.

We count humanists and other nontheists as the core of our movement but are always willing to work with friends and allies on issues of common concern. The positions we hold and the actions we take are not simply for our own benefit, but for the betterment of all of society and the world in which we live.

Previous Lesson
Back to Lesson
Next Topic