Home > The Evolution of Modern Humanism 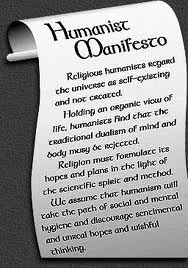 Although humanist thought dates from antiquity, the existence of humanist organizations is a phenomenon of the modern era. Contemporary humanism begins, for all practical purposes, with the publication of A Humanist Manifesto in The New Humanist in 1933. This document, which explicitly rejected absolute authority and revealed knowledge in favor of democratic values and free inquiry, brought to the public’s attention a movement drawing inspiration from its freethought heritage. Guided by a commitment to scientific progress and a social order based upon individual freedom, human rights, and social justice, humanism now represented a call to seek solutions through humanity’s own moral and intellectual resources.

The tenets of contemporary humanism were further elaborated in the Humanist Manifesto II, published in 1973. This document expanded on the themes of the earlier manifesto in response to the dramatic pace of social upheaval, technological progress, and political change witnessed during the 20th century. Proposing that the world was embarking on a humanistic century, the second manifesto endorsed individual choice, open and democratic society, the separation of church and state, the elimination of distinctions based on race, color, creed, age or gender, and global government. Furthermore, humanism now sought not merely scientific progress, but the wise and compassionate application of technology to conquer such problems as environmental pollution, resource depletion, overpopulation, public health, and poverty. In short, the mission of humanism was no less than providing for the realization and fulfillment of human potential worldwide, and for shaping a desirable future for humankind.

Subsequent public declarations, such as A Secular Humanist Declaration (1980), A Declaration of Interdependence: A New Global Ethics (1988), and Humanist Manifesto 2000, further refined the consensus of humanist thought, calling for an increasingly global emphasis of humanism and the creation of new planetary institutions to ensure the uniform application of justice. At its 50th Congress in Amsterdam in 2002, the International Humanist and Ethical Union (IHEU) set forth a declaration of humanist principles that would be universally applicable.

It is important to note that these documents cannot in any way be viewed as secular counterparts to religious dogma. Each has stirred controversy in its time, especially among humanists themselves. Some have argued against perceived socialistic leanings in this document or that. Others have pointed out the folly of including political or economic language at all, given the diversity of humanist opinion on topics beyond core principles. Still, others have observed an early emphasis on a religious (yet still non-theistic) model for humanism giving way to a more secular outlook in later documents. The disinclination of humanists to see these inconsistencies in human interpretation as a serious challenge to their life stance reveals perhaps the most significant difference between the humanist outlook and those predicated on the authority of religious leaders. As Humanist Manifesto III begins, “[Humanism] evolved through the ages and continues to develop through the efforts of thoughtful people who recognize that values and ideals, however carefully wrought, are subject to change as our knowledge and understandings advance.”