It should be recognized that, with the exception of increasing public awareness of humanism itself and defending the rights of its adherents, there are no uniquely humanist causes. Many of the issues of concern to humanists are shared by others with an active presence in the marketplace of ideas. It behooves us to collaborate with (and learn from) such groups when our interests overlap.

But humanism extends beyond any single cause or political ideology. It is critical that we combine our social and political positions with the message that morality and good deeds need not be grounded in theistic belief. Humanism requires thoughtful analysis of complex subjects and a rational approach to problem-solving. 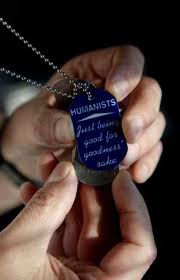 Many humanist organizations strive to provide a community for those who find meaning and value in life outside a traditional religious framework. Among the activities of such contemporary humanist groups are the critical analysis of dogmatic religious claims, the evaluation of various systems of ethics and philosophy with respect to the present human condition, the examination of contemporary social and political issues and trends, and the review of scientific progress. In conjunction with these activities, humanists publish magazines, newsletters, and books, present lectures, seminars, conferences, and workshops, and maintain Internet websites.

The intent of these endeavors has traditionally been to address needs within the humanist community. What distinguishes our brand of humanist activism from theirs is an outward focus — an attempt not merely to discuss issues within the humanist community but to influence opinion, policy, and action in the larger world. This is not to say that publications and websites don’t “count.” It might be argued that few if any, humanist groups are purely activist, so — to the extent that much of humanist activism can be viewed as educational — many of the above activities may be considered activism or outreach when done in a way that attracts the attention of a wider audience. Thus, even a lecture presented primarily to other humanists can serve as effective outreach when promoted and made available beyond the boundaries of the humanist community. However, here we will concentrate on outreach which is specifically so.

Many groups work to translate humanist aspirations into practical action by explicitly designing activities for the purpose of wider participation. Such practical humanist activism may encompass projects as diverse as protesting violations of civil rights, promoting democratic reform, supporting social programs, or defending the victims of religious persecution, and may take such forms as public demonstrations, letter-writing campaigns, political lobbying, submissions to mainstream media outlets, or contributing human and financial resources to an outside activity.

There is no single model for engaging in humanist activism. Local circumstances, organization demographics, and resource availability will dictate the range of appropriate activities. Local organizations will necessarily concern themselves with local and regional issues, while national or international organizations may focus on issues of broader concern. This is not meant to imply that local humanist organizations are uninterested in these larger issues; it is simply a recognition that each organization or individual must find a niche within which to effect the greatest change.

In some countries, humanist organizations have played active and direct roles in their communities by providing social services and education assistance. In others, humanists serve as advocates for democratic reform, women’s rights, reproductive freedoms, religious tolerance, government accountability, separation of church and state, human rights, and understanding and acceptance of scientific progress. Still, others serve the humanist community by providing non-religious rites of passage.

In short, humanists need to find creative methods for becoming effective advocates for their principles, encouraging the ideals of tolerance and dissent, and seeking the resolution of differences through rational means. We need to act both individually and collectively, finding new models for becoming an activist and leveraging our resources.

Secular Coalition For America is an advocacy group in Washington, D.C., representing atheists, humanists, freethinkers, agnostics, and other non-theistic people with a naturalistic worldview in American politics.

The Secular Coalition works to increase visibility and respect for non-theistic viewpoints in the United States and to protect and strengthen the secular character of the U.S. government. The Coalition advocates complete separation of church and state within American politics which they claim is clearly established in the U.S. Constitution under the First Amendment. They point out that freedom of conscience, which includes religious freedom, was of such importance that it was made the first of all freedoms protected in the Bill of Rights. The Coalition holds reason and science as it guiding tenets for public policy.

Then and Now (Why get involved?) 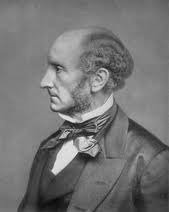 “On religion in particular, the time appears to me to have come, when it is a duty of all who, being qualified in point of knowledge, have, on mature consideration, satisfied themselves that the current opinions are not only false, but hurtful, to make their dissent known.” — John Stuart Mill 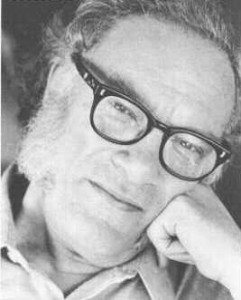 “Why continue? Because we must. Because we have the call. Because it is nobler to fight for rationality without winning than to give up in the face of continued defeats. Because whatever true progress humanity makes is through the rationality of the occasional individual and because any one individual we may win for the cause may do more for humanity than a hundred thousand who hug their superstitions to their breast.” — Isaac Asimov