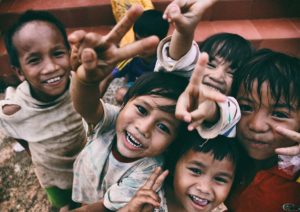 Inside of humanist circles, humanists often regard ourselves as progressive, forward-thinking, logic and science oriented, and concerned with finding equitable and pragmatic solutions to the many challenges humans face globally. Outside of humanist circles, perceptions of humanists (from non-humanists) get more complicated. In particular, humanists are often judged by how they look: disproportionately male, disproportionately white, and appearing economically stable and secure. And humanists are judged by how they act: compassionate, but perhaps a bit too self-assured that their perspective on the world is more useful than an alternative perspective.

This course has been designed for those humanists sympathetic to—or interested in learning more about—the cause of racial justice as much as for those who might be unsure of why, or how, the topic of race or the social-structural issue of racism have anything to do with humanism at all. There’s no way to tell the full story of humanism and its relationship to race within the boundaries imposed by this course. But what we’ve offered here is a series of snapshots, held in tension by the theme of humanism and race, and we think they offer insights and guidance for how humanists can make sense of one of the most vexing issues confronting us today.

Registration and login are required to access this course.

If you’re logged in and registered, you can access the course using the toolbar to the right.

Otherwise, register using the button below.