Feminism and Humanism: Women of Color Beyond Faith 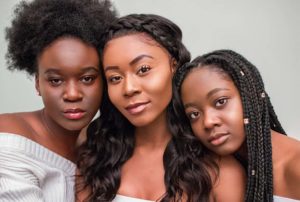 In my book Moral Combat: Black Atheists, Gender Politics, and the Values Wars, I argue that the literature on secularism and gender does not capture the experiences of women of color negotiating racism, sexism, and poverty in historically religious communities. The relative dearth of secular humanist and freethought traditions amongst women of color cannot be separated from the broader context of white supremacy, gender politics, and racial segregation.

This course discusses how black feminism emerged from the struggle against white supremacy and white racism. In that racial slavery depended on the sexual exploitation of black women and the commodification of black women’s reproductive labor, it established an economic and gender hierarchy of women that advantaged white women and continues to shape feminist politics to this day.

Sikivu Hutchinson, Ph.D. is an educator and writer. Her books include Imagining Transit: Race, Gender, and Transportation Politics in Los Angeles, Moral Combat: Black Atheists, Gender Politics, and the Values Wars, and the novel White Nights, Black Paradise, on Peoples Temple and the Jonestown massacre. She is a contributing editor for the Feminist Wire and her articles have been published in the Washington Post, the Huffington Post, the L.A. Times, Religions Dispatches and The Humanist Magazine. She was a 2014-2015 Visiting Scholar at USC’s Center for Feminist Research and was named Secular Woman’s “Secular Woman of the Year” in 2013. She has taught Education, Critical Studies and Sociology at UCLA, the California Institute of Arts and Seattle University.

Registration and login are required to access this course.

If you’re logged in and registered, you can access the course using the toolbar to the right.

Otherwise, register using the button below.