We are left to sight who we have been as white, and yet, in many iterations who we have been has been a problem, and sighting ourselves as a problem will not necessarily lead to a solution to that problem.  And so we are called to do away with our reliance on the invisibility of normativity.  But doing away with it requires raced thinking, so in our effort to do away with it, we have to give it a certain kind of life.  This is another dimension of this paradox.  That is, to be critical of white means to give a certain kind of life to white.  We have to claim that which we know does not really exist in any biological or natural sense, but that 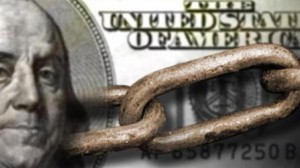 exists in the social world so that it might, one day, not exist.  For her part, Harvey suggests the only adequate response to the paradox of particularity is through concrete reparations, material payments for wages owed for unpaid labor.  In her estimation, sighting whiteness is a first (but incomplete) step in the necessary direction of actual shifts in material resources held by different groups, weighted to take account of history (e.g. slavery and its “free” labor).  Whether or not reparations solve the challenges posed (today) by white moral particularity or whether or not they would ever conceivably be offered remain open questions, but the unresolved tension posed by claiming white identity, at the very least, helps to explain why the topic of uncertainty and comfort with discomfort is useful for humanists wanting to respond to the challenges of race.  Normativity is comfortable.  There is no way to deny this feature of normativity.  It has a function of safeguarding or at least providing a sense and semblance of safety.  The old adage of “strength in numbers” should come to mind here.  This adage is true in many respects, and by sighting white identity, what we’re doing is rupturing the possibility for there to be the same strength in numbers that has existed to this point.  This is necessary if new arrangements of normativity are to be crafted.

The connection between white identity and normativity is largely arbitrary.  That is, history is the only reason why white people have come to be safeguarded by normativity, and also why normativity has also come to be defined largely as white—when it concerns race.  With respect to the question of white moral particularity, we have to find ways to be attentive to the arbitrary constitution of this arrangement, while also remaining attentive to the far-from-arbitrary social consequences of this arrangement for those on the margins of normativity.

The story gets more complicated when we take into consideration the manner in which at a certain point in history, blackness as marginal and as abnormal became purposeful, so that white could be considered normal.  Both whiteness and blackness, as we understand them today, emerge together, with one representing this norm and the other representing abnormal.  Specifically, you might think of whiteness as a racialized expression of a fundamental inability to accept human limits and uncertainties; while blackness might be thought of as recognition of the impossibility of ever fully accepting human limits and 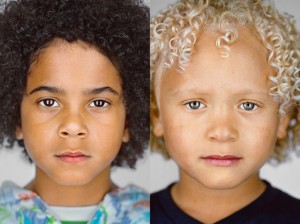 uncertainties.1Christopher Driscoll, White Lies: Race and Uncertainty in the Twilight of American Religion (Routledge, 2015)  Both ideas were essentially “born” after American slavery ended and race came to take on an even more insidious quality than before precisely because the Civil War left many whites and blacks feeling (and experiencing) uncertainty at every turn.  With this history never far from our minds, we have to hold in tension the manner in which normativity (itself) is not something to be fought, but we have to constantly rearticulate and renegotiate what represents normativity.  And until we take full stock of the way that white identity has been treated as normative for so long, then we won’t be able to renegotiate what normativity will look like in coming years and decades.  On this point, the fight for racial justice isn’t about fighting (some would say illogically) against normativity, but about creating new visions of “normal” altogether.

Another dimension of white particularity is that it is a social paradox, meaning it is a frustrating problem for social actors and always remains unresolvable in the social world.  Often lost in many conversations on race and racism is the manner in which many whites have been the beneficiaries of this social arrangement that we did not intend or decide on ourselves.  That is, in certain respects, many whites are not directly responsible for getting the racialized and racist ball rolling in the modern west.  And so part of the paradox involves the manner in which we bracket our own hubris and self-righteousness so that we might more adequately address all the ways that white identity and normativity have collided in the world and begin to take full stock of all the implications.  These issues do not involve a simple effort to produce what some refer to as white guilt, the individual or collective feeling of guilt held by white people in response to the effects on black people from antiblack racism, including feelings of helplessness.  Rather, any guilt felt is a consequence of not taking full responsibility for understanding the relationship between white identity and normativity. 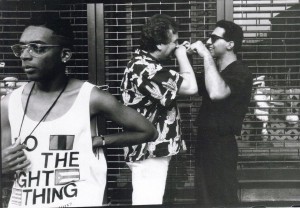 In order to become actually morally justified, in order to “Do the Right Thing” to quote Spike Lee’s movie, it requires doing the things that we don’t really know how to do because we’ve never really been freed up to do those things.  It requires understanding that we have tried to be something that we are not.  In fact, we (as humans) are the thing that tries to be something that we’re not.  For many of us, our effort to become what we are not has played out in raced and racist ways.  For whites as it relates to the construction of white as normative, this tendency has often prevented us from becoming the very thing that we have aspired to be; indeed, we’ve failed to take stock of who we’ve actually been.  In other words, racism has dehumanized all of us.  So the inability to fully come to terms with the particularity of normativity presents us with a paradox, a series of paradoxes; moral paradoxes, epistemological and social paradoxes.  It unsettles us, it shakes us to our logical, rational core. 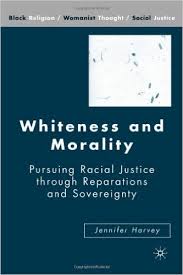 What does it mean to “be white”? Harvey asks this question in order to consider how white U.S. Americans can fully participate in racial justice-making. Exploring native, African, and white relations at two moments of U.S. history, she illustrates how “white” identities are embodiments of deeply problematic moral realities. She argues that movements for reparations for people of African descent and sovereignty for native peoples attempt to redress such realities and thus are critical for both racial justice and transformation of what it means to be white in the United States.

Do The Right Thing

Spike Lee’s film, “Do The Right Thing,” is a chilling morality tale of police brutality, telling the story of a deadly choke hold by police, sparking a race riot.

“Do The Right Thing,” which debuted 25 years ago, is eerily similar to what was captured on a cell phone video in the final moments in Eric Garner’s life. So much so, that a day after Garner died, director Spike Lee inter-cut scenes form landmark movie, with the video taken of Garner’s struggle with police.

“Do The Right Thing” takes place in the Bedford-Stuyvesant neighborhood of Brooklyn on the hottest day of the year. Lee starred as the character Mooki, a pizza delivery guy and deadbeat dad, who ultimately incites the riot with police. The film put the then-32-year-old producer-director and Oscar-nominated writer on the map in 1989.

Over the years, its cultural significance is only growing. The film is now taught in school, and is part of the National Film Registry.

In the ’80s, Lee discovered Rosie Perez, who is now a co-host of ABC’s “The View,” dancing in a nightclub and cast her in “Do The Right Thing.” Perez delivered a raw performance as his fiery girlfriend, struggling to raise their child.

When she saw the Eric Garner video, Perez said she immediately thought of Lee’s film.

“When I first saw the video, which is horrific…we’re literally watching a man die over and over, “Do The Right Thing” just popped in my head. The 1980s in NYC just flooded me from head to toe and but that’s what really is so striking to me that we’re going backwards.”