Home > Courses>Online Courses>Humanism & Race>Lesson Two, Section One: Coloring Invisible Paradoxes
This course is for registered students only.
Log In to your account or Register a new account 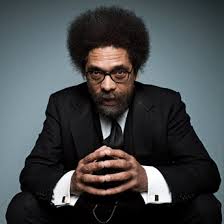 Cornel Ronald West (born June 2, 1953) is an American philosopher, academic, activist, author, public intellectual and prominent member of the Democratic Socialists of America. The son of a Baptist minster, West received his undergraduate education at Harvard University, graduating with a bachelor’s degree in 1973, and received a Ph.D at Princeton University in 1980, becoming the first African American to graduate from Princeton with a Ph.D in philosophy. He taught at Harvard in 2001 before leaving the school after a highly publicized dispute with then-president Lawrence Summers. He was Professor African American Studies at Princeton before leaving the school in 2011 to become Professor of Philosophy and Christian Practice at the Union Theological Seminar in New York City. He has also spent time teaching at the University of Paris.

The bulk of West’s work focuses on the role of race, gender, and class in American society and the means by which people act and react to their “radical conditionedness.” West draws intellectual contributions from multiple traditions, including Christianity, the black church, Marxism, neopragmatism, and transcendentialism. Among his most influential books are Race Matters (1994) and Democracy Matters (2004).

West is a frequent media commentator on political and social issues. He often appears on networks such as CNN, C-Span, MSNBC, Fox News and PBS and programs such as Real Time With Bill Maher, The Colbert Report, and The Late Late Show With Craig Ferguson. From 2010 through 2013, he co-hosted a radio program with Travis Smiley, called Smiley and West. He has also been featured in several documentaries, and made appearances in Hollywood films The Matrix Reloaded and The Matrix Revolutions, also providing commentary for the films. He has also spoken word and hip hop albums, and has been names MTV’s Artist of the Week for his work.