Home > Courses>Online Courses>Humanism & Race>Lesson One, Section Five: Prospects for A New Humanism
This course is for registered students only.
Log In to your account or Register a new account 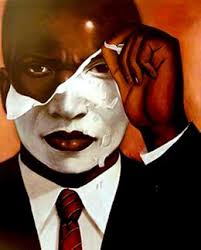 Frantz Fanon was one of a few extraordinary thinkers supporting the decolonization struggles occurring after World War II, and he remains among the most widely read and influential of these voices. His brief life was notable both for his whole-hearted engagement in the independence struggle the Algerian people waged against France and for his astute, passionate analyses of the human impulse toward freedom in the colonial context. His written works have become central texts in Africana thought, in large part because of their attention to the roles hybridity and creolization can play in forming humanist, anti-colonial cultures. Hybridity, in particular, is seen as a counter-hegemonic opposition to colonial practices, a non-assimilationist way of building connections across cultures that Africana scholar Paget Henry argues is constitutive of Africana political philosophy.

Tracing the development of his writings helps explain how and why he has become an inspirational figure firing the moral imagination of people who continue to work for social justice for the marginalized and the oppressed. Fanon’s first workPeau Noire, Masques Blancs (Black Skin, White Masks) was his first effort to articulate a radical anti-racist humanism that adhered neither to assimilation to a white-supremacist mainstream nor to reactionary philosophies of black superiority. While the attention to oppression of colonized peoples that was to dominate his later works was present in his first book, its call for a new understanding of humanity was undertaken from the subject-position of a relatively privileged Martinican citizen of France, in search of his own place in the world as a black man from the French Caribbean, living in France…It is Fanon’s expansive conception of humanity and his decision to craft the moral core of decolonization theory as a commitment to the individual human dignity of each member of populations typically dismissed as “the masses” that stands as his enduring legacy.