What is it like to run for local office as an agnostic in an area frequently targeted by religious extremists? What does it take to win? Karl Frisch explored these and other issues connected to his successful campaign for Fairfax County School Board last year when he became the first openly LGBTQ+ local elected official in the history of Virginia’s largest county.

Frish recorded his talk and Q&A with AHA Paralegal Izzy Oldfield, then we shared a live Q&A with Center for Freethought Equality’s Ron Millar. 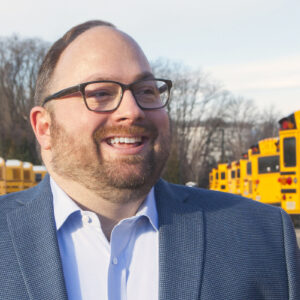 Karl Frisch is a member of the Fairfax County School Board – the first openly LGBTQ+ local elected official in the history of Virginia’s largest county. During his 2019 campaign, he received more votes than any previous candidate for School Board in his district. On the Board, Frisch will prioritize investing in student success and safety, inspiring future careers, promoting environmental sustainability, advancing equity and inclusion, providing responsible fiscal stewardship, maintaining high academic standards, and supporting teachers and staff with better pay and resources.

Ron Millar is the Political and PAC Coordinator at the Center for Freethought Equality. He researches and interviews political candidates for possible endorsement by the Freethought Equality Fund, whose goal is to increase the number of open atheists, agnostics, and freethinkers in public office. Ron has spent more than thirty years in the Washington DC area working for nonprofit education and advocacy groups, including serving as the associate director of the Secular Coalition for America from 2005 to 2009. He helped establish the Congressional Freethought Caucus.