Humanizing Religious Freedom For All 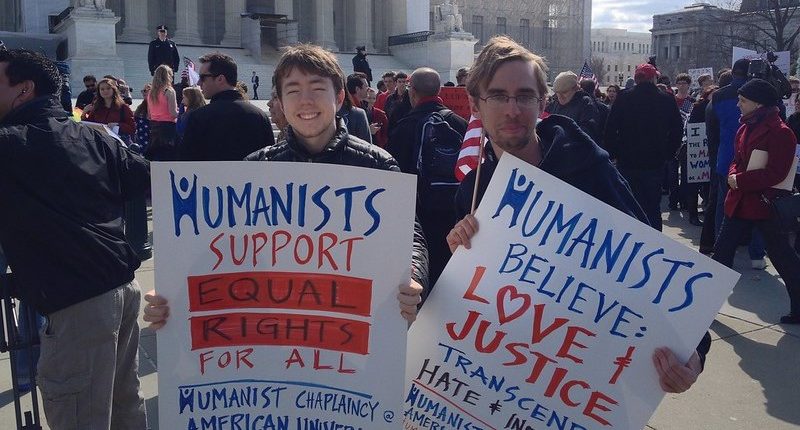 This event is part of our Speaking of Humanism series held August 9, 6:30-8:00 pm ET on Zoom (http://americanhumanist.org/SpeakingOfHumanism) and Facebook Live (facebook.com/americanhumanist/live), and recorded to share on our website.

Religious privilege has, and continues to, shape the discourse about public policies in the United States. Too often this imposes on the civil and human rights of people of color, religious minorities, nonreligious groups, and LGBTQ+ people. This lecture will address our individual and collective responsibility to dismantling systems of oppression that violate our constitutional right to freedom of conscience and human dignity. 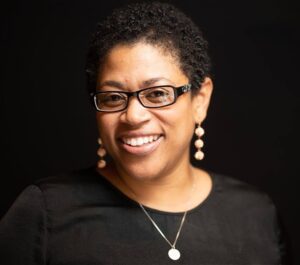 Sabrina E. Dent, DMin is a life-long advocate for human rights and social justice. She serves as president at the Center for Faith, Justice, and Reconciliation in Richmond, VA on the historic campus of United Presbyterian Seminary. The Center is a community of scholars, faith leaders, organizers, and citizens dedicated to being and building a beloved community in Virginia and beyond.

As an interfaith leader, Sabrina developed a strong passion for religious freedom as a 2015 BJC Fellow with the Baptist Joint Committee for Religious Liberty. Her public scholarship addresses religious freedom issues that impact African Americans and marginalized communities in ways that undermine their civil rights and social needs. In September 2021, she launched Reimagine Religious Freedom, an education initiative dedicated to engaging religious communities in reimagining how we discuss religious freedom to address social justice issues in the 21st century.

Previously, Sabrina served as the Senior Faith Adviser for Americans United for Separation of Church and State. As a member of the Faith for Equality working group, she mobilized religious leaders to amplify faith voices on legislative issues such as the Equality Act to ensure and expand federal legal protections for LGBTQ+ individuals, people of color, women, and religious minority groups. In February 2022, Sabrina led the charge in organizing over 200 faith leaders calling on VA Governor Glenn Youngkin to prioritize the safety of our children and educators via mask use in public schools.

Sabrina has presented at numerous programs and events including Melissa Rogers’s Faith In American Public Life book launch on CSPAN Book TV. Her writings have been published by the Religion News Service, Freedom Forum, Christian Citizen, and Americans United. In 2020, she was nominated for the American Academy of Religion’s Martin E. Marty Award for the Public Understanding of Religion. In April 2021, Sabrina’s faith outreach and advocacy efforts were recognized by the Center for American Progress when she was named one of the 21 Faith Leaders to Watch in 2021. Sabrina is a featured co-host for the Sister Act Podcast with Hurunnessa Fariad and Rabbi Sue Shankman. The podcast is dedicated to women of faith from different religious traditions discussing life, faith, and resilience on various topics.

Sabrina is most proud of her work on the three-year project with the Freedom Forum funded by the Henry Luce Foundation titled “Religious Freedom: African American Perspectives.” This program in partnership with the six Historically Black Theological Institutions explored the complex politics of race and religion in America via the multidisciplinary approach of theological, museum, and First Amendment education. She is the editor and contributing author of the book African Americans and Religious Freedom: New Perspectives for Congregations and Communities.

Sabrina earned her Master of Divinity degree and Doctor of Ministry degree from the Samuel DeWitt Proctor School of Theology at Virginia Union University. Her doctoral project title was “Bridging the Gap of Race and Interfaith Relations: Connecting Humanity with Our Stories.” She earned her Bachelor’s degree from Virginia Tech. Sabrina is a native of Petersburg, Virginia, and a proud mother.