This event is part of our Speaking of Humanism series held March 9, 6:30-8 pm ET on Zoom (http://americanhumanist.org/SpeakingOfHumanism), and recorded to share on our website. No registration needed.

During the COVID-19 pandemic, under Trump’s rhetoric of “China virus” there was a sharp rise in the number of violent crimes committed against Asians in the United States and across Europe and Australia. In the summer of 2020, in the midst of the Black Lives Matter marches, there was a generational split in the Asian American community on issues related to policing. While many Asian immigrants and older Asian Americans wanted more police protection against hate crimes, many younger Asian American activists were fighting for criminal justice reform and the abolition of police and prisons, to show solidarity with BLM movements by arguing that more policing is not the answer. We’ll explore the racialized issue of policing in the United States from the lens of “belonging,” and talk about how Asian Americans find ourselves invisibilized in the often binary Black vs. White conversation on race and social justice in America. 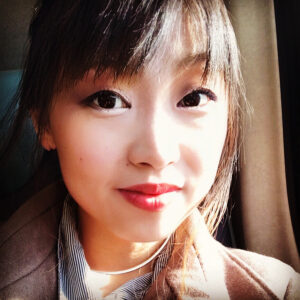 Kai Zhang served as the Executive Director of the Asian Pacific American Task Force in the New York State Assembly. Prior to this, she worked as a community organizer, housing and labor organizer in Chinatown, NYC, and in Toronto, Canada.