Further Reflections are instructor-led, multi-session virtual courses held on Zoom for small discussion groups. Sessions will not be recorded.

Explore the history and philosophy of the humanist movement and discuss how an ethical perspective based on compassion, critical thinking, and science can shed light on the important social and lifestyle issues we all face today. Using the tools of critical thinking, science, ethics, and aesthetics, we will expose the important philosophical and social issues of our time as well as better ways to live our personal lives.

June 8 | Introduction to and History of Humanism
June 15 | Critical Thinking, Philosophy, and Science
June 22 | Ethics and Contemporary Issues
June 29 | Imagination, the Arts, and Our Emotional Lives

The first session (June 8) will begin with an examination of just what humanism is and the ways it is interpreted and expressed through the various organizations that have come to comprise the humanist movement. Then we will follow with a history of humanist thought, from ancient times through the Renaissance and Enlightenment as well as humanism’s development into a movement in the twentieth century.

The second session (June 15) will begin with the most controversial aspects of humanism: its nontheistic worldview and its critique of traditional religion. Then it will delve philosophically deeper, providing the humanist tools and methods for understanding how we come to know things in the first place and thus how we justify our beliefs and values. The notions of reason, logic, truth, facts, and reality will be explored, along with their uses and abuses. This will involve learning techniques of critical thinking and the workings of the philosophy of science, including the ways of observation, experimentation, and theory.

The third session (June 22) will turn to the humanist foundation for ethics and the concept of moral development. This includes understanding how we develop morals and values. Then, with the fullness of our human powers brought to bear, we will put them to work in applying humanism to contemporary issues. We will look at social, economic, and political issues through a humanist lens. This will involve examining threats to our civil liberties and religious freedom as well as looking at sexism, racism, homophobia, and other attitudes of exclusion. We will search for ways to develop just economic and social policies, including analyzing how to approach environmental and other global issues.

The fourth session (June 29) will bring the emotional and affective side of our humanity into play. We will explore what it means to be human, learn about creativity and the arts, acknowledge our emotional lives, and pursue happiness. 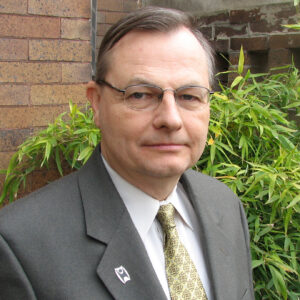 Starting his humanist career in 1980, Fred Edwords was executive director of the American Humanist Association for 15 years, editor of the Humanist magazine for 12, and national director of the United Coalition of Reason for 6. He is a past president of Camp Quest, the summer camp for freethinking children, and served on the founding board of the National Center for Science Education. Over the past forty years he has advanced humanism on local and national television in the United States and Canada, on radio and for newspapers around the world, and has lectured in North America, Europe, and India. Now retired, he volunteers as the American Humanist Association’s historian and is a Humanist Celebrant Emeritus with The Humanist Society.