Debunking Myths about Poverty in America

This event is part of our Critical Minds series held November 16, 6:30-8 pm ET on Zoom (americanhumanist.org/CriticalMinds) and recorded to be shared in Programs & Webinars.

Few topics have as many myths, stereotypes, and misperceptions surrounding them as that of poverty in America. The poor have been badly misunderstood since the beginnings of the country, with the rhetoric intensifying in recent times. Our current era of fake news, alternative facts, and media partisanship has led to a breeding ground for all types of myths gaining traction and legitimacy. In this talk, Mark Robert Rank will debunk many of the most common myths surrounding poverty and inequality based upon the research in his latest book, Poorly Understood: What America Gets Wrong about Poverty. 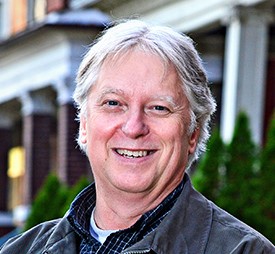 Mark Robert Rank is currently the Herbert S. Hadley Professor of Social Welfare in the George Warren Brown School of Social Work at Washington University in St. Louis. He is widely recognized as one of the foremost experts on issues of poverty, inequality, and social justice. He has been the recipient of many awards, and his research has been reported in a wide range of media outlets including The New York Times, The Washington Post, The Wall Street Journal, The Los Angeles Times, USA Today, and National Public Radio.