2020 Harvard Humanist of the Year Award

This event is part of our Speaking of Humanism series held on Zoom (https://zoom.us/j/91843782348). It will also be on AHA’s Facebook Live (http://facebook.com/americanhumanist/live) and recorded to share on our website.

The American Humanist Association is delighted to partner with the Humanist Chaplaincy at Harvard (HCH) to present their 2020 Harvard Humanist of the Year Award to three inspiring humanists: Ijeoma Oluo, Sikivu Hutchinson, and Mandisa Thomas. This event will include a fundraiser for Black Skeptics Los Angeles and Black Nonbelievers, Inc., the nonprofit organizations led by Hutchinson and Thomas, respectively. 100% of all donations will be split evenly between the two organizations.

In such a tumultuous and distressing year, HCH felt it was particularly important to choose an awardee or awardees whose leadership embodies the very best of humanism’s potential to inspire social change. We are honored to join them in presenting this dialogue as part of our monthly Speaking of Humanism series with these three extraordinarily brilliant and deeply humanistic thinkers and leaders. 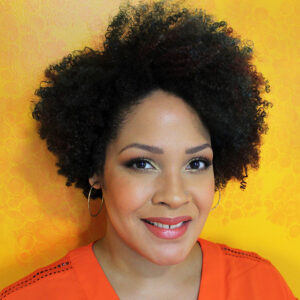 Ijeoma Oluo is a Seattle-based writer and speaker, and the author of the recently #1 New York Times bestselling book, So You Want to Talk About Race? She has been named one of the The Root’s 100 Most Influential African Americans in 2017, one of the Most Influential People in Seattle by Seattle Magazine, and winner of the of the 2018 Feminist Humanist Award by the American Humanist Association. Oluo’s work focuses primarily on issues of race and identity, feminism, social and mental health, social justice, the arts, and personal essay. Her writing has been featured in The Washington Post, NBC News, Elle Magazine, TIME, The Stranger, and The Guardian. 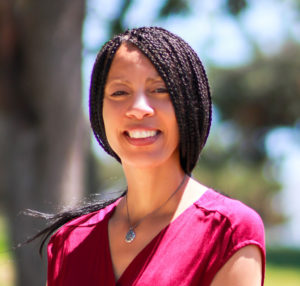 Sikivu Hutchinson is the founder and Executive Director of Black Skeptics Los Angeles and the Women’s Leadership Project, a Black feminist mentoring and civic engagement program for girls of color in South Los Angeles high schools. She is also the author of several literary works, including the 2020 release Humanists in the Hood: Unapologetically Black Feminist, and Heretical and the play, NARCOLEPSY, INC., which premiered at the 2018 Hollywood Fringe Festival. Her book Moral Combat, released in 2011, is the first book on atheism to be published by an African American woman. Sikivu is one of the “Five Fierce Humanists” featured in the July/August 2018 issue of The Humanist Magazine and is also one of the co-producers of the Women of Color Beyond Belief conference. Sikivu was the recipient of the Secular Student Alliance’s Backbone Award in 2016 and was named Secular Woman’s 2013 Woman of the Year. 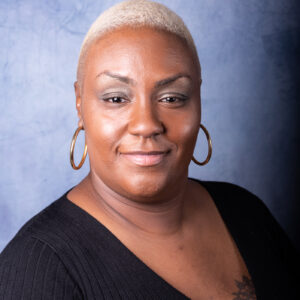 Mandisa Thomas is the founder and President of Black Nonbelievers, Inc., based on Atlanta, GA. Although never formally indoctrinated into belief, Mandisa was heavily exposed to Christianity, Black Nationalism, and Islam. Mandisa has many media appearances to her credit, including CBS Sunday Morning, CNN.com, Playboy, The Humanist, and JET magazines, and the documentaries Contradiction and My Week in Atheism. Mandisa currently serves on the Boards for American Atheists and the American Humanist Association, and previously for Foundation Beyond Belief, and the Secular Coalition for America. In 2019, Mandisa was the recipient of the Secular Student Alliance’s Backbone Award and named the Freedom from Religion Foundation’s Freethought Heroine. She was also the Unitarian Universalist Humanist Association’s 2018 Person of the Year and was also featured as one of the “Five Fierce Humanists” in the July/August 2018 issue of The Humanist Magazine.

Black Nonbelievers, Inc. is a 501c3 nonprofit fellowship headquartered in the Atlanta area that provides an informative, caring, festive, and friendly community. The organization connects with other Blacks (and allies) who are living free of religion and might otherwise be shunned by family and friends. Instead of accepting dogma, Black Nonbelievers determines truth and morality through reason and evidence.