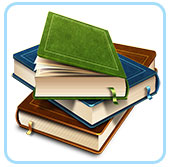 The below books and discussion questions are suggestions for ages 11-14 to encourage the development of an ethical system.  These books will assist kids in becoming their own judge, learn about self-discipline, understand freedom and responsibility to others, and what are retaliation, moral codes, and commandments.  They will also address what to do when the rules are changed.

Feel free to add your own creative ideas to encourage discussion. 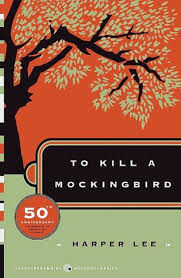 To Kill a Mockingbird, Harper Lee.  The unforgettable novel of a childhood in a sleepy Southern town and the crisis of conscience that rocked it.

To Kill a Mockingbird became both an instant bestseller and a critical success when it was first published in 1960.  It went on to win the Pulitzer Prize in 1961 and was later made into an Academy Award-winning film, as a classic.  Compassionate, dramatic, and deeply moving, To Kill a Mockingbird takes readers to the roots of human behavior –to innocence and experience, kindness and cruelty, love and hatred, humor, and pathos. 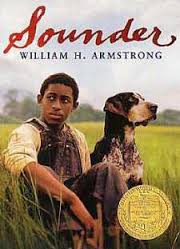 Sounder, William H. Armstrong.  Set in the Deep South, this Newbery Medal-winning novel tells the Story of the great coon dog, Sounder, and the poor sharecroppers who own him.

During the difficult years of the nineteenth century South, an African-American boy and his poor family rarely have enough to eat.  Each night, the boy’s father takes their dog, Sounder, out to look for food and the man grows more desperate by the day.  When food suddenly appears on the table one morning, it seems like a blessing.  But the sheriff and his deputies are not far behind.  The ever-loyal Sounder remains determined to help the family he loves as hard times bear down on them.  This classic novel shows the courage, love, and faith that bind an African-American family together despite the racism and inhumanity they face. 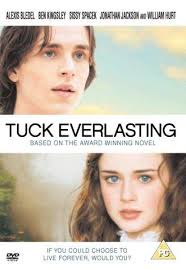 Tuck Everlasting, Natalie Babbitt.  Doomed to-or blessed with-eternal life after drinking from a magic spring, the Tuck family wanders about trying to live as inconspicuously and comfortably as they can.

When ten-year-old Winnie Foster stumbles on their secret, the Tucks take her home and explain why living forever at one age is less a blessing than it might seem.  Complications arise when Winnie is followed by a stranger who wants to market the spring water for a fortune. 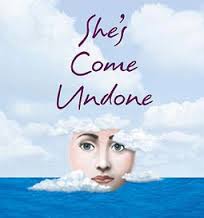 She’s Come Undone, Wally Lamb.  In this extraordinary coming-of-age odyssey, Wally Lamb invites us to hitch a wild ride on a journey of love, pain, and renewal with the most heartbreakingly comical heroine to come along in years.  Meet Dolores Price.  She’s 13, wise-mouthed but wounded, having bid her childhood goodbye.  Stranded in front of her bedroom TV, she spends the next few years nourishing herself with the Mallomars, potato chips, and Pepsi her anxious mother supplies.  When she finally orbits into young womanhood at 257 pounds, Dolores is no stronger and life is no kinder.  But this time she’s determined to rise to the occasion and give herself one more chance before she really goes under. 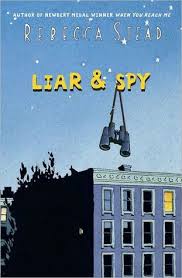 Liar & Spy, Rebecca Stead.  When seventh-grader Georges (the S is silent) moves into a Brooklyn apartment building, he meets Safer, a twelve-year-old coffee-drinking loner and self-appointed spy.  Georges becomes Safer’s first spy recruit.  His assignment?  Tracking the mysterious Mr. X, who lives in the apartment upstairs.  But as Safer becomes more demanding, Georges starts to wonder:  how far is too far to go for your only friend? 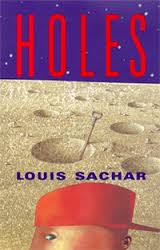 Holes, Louis Sachar.  “If you take a bad boy and make him dig a hole every day in the hot sun, it will turn him into a good boy.”  is the motto for Camp Greenlake.  Stanley runs away to find pal Zerio.  Their journey to freedom becomes a battle with hunger, thirst, and heat in the shadow of Big Thumb.  The mountain is entwined in the Yelnatiz’s unlucky history.  To get there means salvation.