In the sixth and fifth centuries BCE, the Greek world experienced a cultural flowering that was to transform human civilization.  Many of history’s most influential philosophers, historians, dramatists, and statesman lived in Athens and other Greek city-states within a period of just three or four generations.  This explosion of human understanding played an essential role in creating the world we live in today. 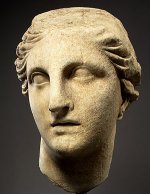 Classical Greece was extraordinary in many ways.  Its drama and art are almost as influential in shaping the modern world as its philosophy and politics.  In all of these areas, Greek culture is notable for its focus on humanity.  Whether in statues celebrating the human body, in plays exploring the human condition, in politics that created the first democracies, or in philosophy that recognized that “man is the measure of all things,” Greek culture explored and celebrated humanity.

Like the Chinese philosophers of the same period, the Greek philosophers of the sixth century BCE did not so much deny the existence of gods, as argue that they were unknowable and irrelevant.  Therefore, they tried to develop knowledge and morality in reference to humanity instead of divinity.

The focus on the human rather than the divine is well illustrated by the philosopher Protagoras (ca. 481-411 BCE).  In his work Of the Gods, Protagoras said, “About the gods I have no means of knowing either that they exist or that they do not exist or what they are like to look at; many things prevent my knowing – among others, the fact that they are never seen and the shortness of human life.”  Protagoras also made a statement often associated with humanism: “Man is the measure of all things, of the reality of those which are, and of the unreality of those which are not.”

Protagoras may also have developed the questioning dialogue as a means of seeking truth.  But this method of inquiry is most associated with Socrates (ca. 469-399 BCE). The Socratic Method can be seen as profoundly humanistic in the way it encourages untrammeled inquiry that is open to all parties.  The great religious prophets of human history claimed to bring “God’s truth” and absolute commandments; whereas Socrates is famous for saying he knew nothing and brought not answers, but a method of questioning.

Other naturalistic philosophers and schools, such as Aristotle, the Atomists, and the Stoics, developed crucial ideas about nature and humanity that still influence humanist thought to this day.  The ancient thinker who may have been closest to the ideas and temper of modern humanism was Epicurus (ca. 341-271 BCE).

Following the materialist philosophy of the Atomists, Epicurus argued that everything in the cosmos was ultimately composed of material atoms and that all of our knowledge of the world came from our senses.  Epicurus suggested that two things prevent people from trying to live a full and happy life: fear of the gods and fear of an afterlife.  But the materialist philosophy of the Atomists removed the fear of the supernatural and the fear of death.  Death meant annihilation for the person, because the mind (or soul) is composed of atoms that disperse upon death.  Epicurus spoke of his “Four Herbs” to relieve the maladies of life:

Epicurus described the purpose of philosophy as “the art of making life happy.”  He argued that nature and reason both show that pleasure is the sole good and that pain is the sole evil.  But, contrary to some caricatures, the Epicureans did not encourage wanton indulgence in sensual pleasures.  Epicurus argued that intellectual pleasures were better than physical pleasures – although both were necessary to live a full and happy life – and that “tranquility of the soul” was a key component of pleasure.  Hedonistic indulgences might lead to short-term gratification, but one avoids them if they will cause disturbance and suffering in the longer term.

For seven hundred years, throughout the Greek and Roman world, the humanist philosophy of Epicurus was a popular and respected model for living.  But with the rise of the new religion of Christianity and the decline of Rome, the works of most non-Christian thinkers were destroyed or lost in the West.  Europe entered the Dark Ages.  When learning did begin to recover in the medieval period, the Christian Church ruthlessly controlled it.  The works of many of the great classical philosophers survived in the scholastic centers of the Muslim world.  It was not until the fifteenth century that the great classical philosophies were reintroduced to Europe in the rebirth of learning known as “The Renaissance.” 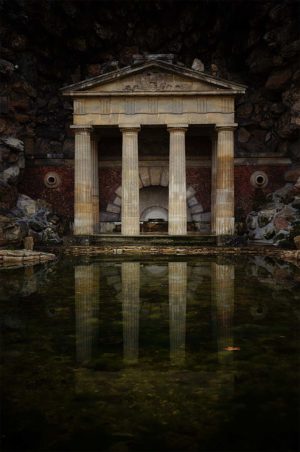 Perhaps the most important of the Classical Greeks’ contributions to world culture was the idea that human excellence can be taught. The Greeks created the concept of “liberal education,” which they saw as a way to bring out the best in each and every individual. The heart of the Greek concept of liberal education was a program of subjects that included philosophy, logic, rhetoric, grammar, mathematics, astronomy, literature, and drama. The Greeks called this educational program paideia. The Romans made paideia the foundation of Roman education, translating paideia into the Latin Studia Humanitas (the study of humanity.)

The Renaissance scholars who revived the Studia Humanitas, almost one thousand years after the Fall of Rome, became known as “humanists.” Our modern term “humanism” also ultimately derives from the Latin Humanitas. (Studia Humanitas is also the root word for “Humanities”– the university subjects derived from the Greek paideia.)