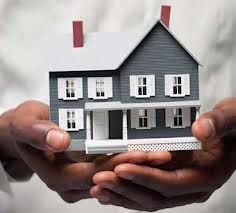 Bringing Humanism Home is a compilation of humanist lesson plans intended for families or communities interested in practicing and exploring humanist values, principles, and beliefs.  These lesson plans were created based on a curriculum framework written by Carol Wintermute, Co-Dean of The Humanist Institute and prior Director of Religious Education at the First Unitarian Society of Minneapolis (a humanist oriented society).  The framework is an interpretation of developmental theorists and consists of nine stages at five different levels: self to self, self to others, self to community, self to natural environment and self to the world.  Underlying the framework are developmental levels that assume human beings go through various stages of thinking and feeling in their lifetime.  Each stage incorporates the former stage, thereby increasing in complexity of responses as individuals have at their disposal in reaction to encountered thoughts, experiences, emotions and beliefs.  The stages are incremental in nature, as the framework views them, not hierarchical.   The levels of development in this framework are points between differentiating one’s ideas and experiences and integrating them with worldviews.

Thus, the lesson plans have been put together and/or developed utilizing the following levels and general age groups as well as keeping in mind increments of expansion in five stages (mentioned above) that are suited to a humanistic outlook:

Level I 3-4 years old:  Undifferentiated belief of the infant (0-2) moves to trust bonding with family and significant others.

Level IVa & IVb 11-14 & 14-18 years old:  A tested belief is a result of encountering, belonging to, and sharing with, the peer group in one’s community – its symbols, stories, meanings, and traditions.

Self to Self involves an individual’s free and disciplined search for personal truth, meaning, and purpose for life.  It involves developing a positive self-concept.

Self to Others involves respect for the worth and dignity of other individuals and their truths demonstrating the use of the democratic process and developing a sense of reciprocity.

Self to Community involves the search for insights from great prophets, thinkers, and teachers of every age and tradition in developing social contracts.

Self to the Natural Environment involves developing respect for all life and a sense of responsibility for the earth and its resources now and for the future.

Self to the Future involves developing oneself as a citizen of the world, striving for a world community of love, reason, justice, and peace.

“There is in every child at every stage a new miracle of vigorous unfolding, which constitutes a new hope and a new responsibility for all.” –Erik Ericson