Home > Courses>Online Courses>Positive Humanism>“Balance” Does Not Have to Mean Being Irrational
This course is for registered students only.
Log In to your account or Register a new account 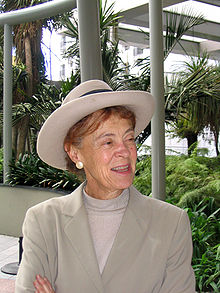 Hursthouse spent her childhood in New Zealand and taught for many years at the Open University in England. She was head of the Department of Philosophy at the University of Auckland from 2002 to 2005. Though she had written a substantial amount previously, Hursthouse entered the international philosophy scene for the first time in 1990-91, with three articles:

First, “Arational Actions”, which made an important break with models of voluntary human actions familiar from the work of Donald Davidson, with more general implications for those models of human agency popular within positivist schools in the social sciences. Hursthouse turns her philosophical attention, and ours, to the kinds of reasons actually sought for and given by human beings in the explanation of human behavior; what it is we really do as human beings, being, particularly, an emotional as well as rational, social, political, linguistic, lawful animal.

Second, “Virtue Theory and Abortion”, in which Hursthouse outlined the structure of a new version of Aristotelian virtue ethics, defended it against possible objections, and applied it to the issue of abortion. Hursthouse collapses the theoretical/applied distinction in ethics, as well as the fact/value distinction in general. As a pioneering work in neo-Aristotelian practical philosophy, Hursthouse demonstrates the emphasis within virtue ethics, as a revitalized tradition in Western Philosophy, upon the realities of situated agents and their lives as wholes (including the consequences of their actions), and the salient capacities and considerations involved in truly acting well, or as well is objectively possible, within whatever situation an agent may actually find herself in.